Future Workplace: Co-existence of Humans and Bots in the Workplace | HCLTech

Future Workplace: Co-existence of Humans and Bots in the Workplace

Future Workplace: Co-existence of Humans and Bots in the Workplace
July 02, 2019

As an industry leader, you may have faced scenarios where your team is worried about managing automation in your organization and balancing human-machine cooperation. While the fear of a digital workspace where machines replace humans has been around since the days of the second Industrial Revolution, what most people fail to understand is that not all tasks can be executed efficiently by machines. What exactly is digital transformation then and what does it mean to companies?

In the 1970s, when ATMs had first emerged in America, bank tellers were convinced that they would have to bid their jobs goodbye. If you look at the metrics over the years, you will understand what the actual scenario was. In 1985, there were 60,000 ATMs and 485,000 bank tellers. In 2002, the numbers were 352,000 and 527,000 respectively. In the recent years, with the further advent of online and mobile banking, while around 8,000+ bank branches have shut down, the number of bank employees have been stable to close to 2 million.

My point is that the role of a bank teller has not been abolished with ATMs and online banking. Only the mundane, repetitive jobs like receiving requests for cash withdrawal, deposit or transfer, verifying account balance and processing requests have shifted from humans to machines. The cognitive, non-repetitive, interactive and complicated jobs are in the hands of highly skilled employees.

Now let’s come to the industry I work with – the operations services sector.

Let’s imagine a scenario where a retail banking organization outsources its KYC database management and check validation requirement from a BPO company. Scouring through thousands of documents and verifying the originality of the document to confirm customer identity takes a ginormous amount of time and effort for a BPO employee.

In a similar situation, a smart virtual assistant equipped with machine learning, natural language processing, and domain ontology, backed by an AI algorithm, crawls through various secondary data sources and extracts tons of data and validates the KYC documents. The smart assistant also reads the human handwriting in a check, reads the amount and payee name, and validates the signature of the account holder.

What is the future of co-existence?

Organizations cannot afford to eliminate the need for human employees. While roles and positions may change, so will the skill requirements. Human employees, in this case, will be responsible for three crucial tasks – training bots for specific chores, explaining the results of each query (especially the counter-intuitive or controversial requirements) and making sure the bots do not malfunction or harm humans around them.

The virtual chatbots that you come across, while online banking or buying an insurance policy, are trained instance by instance by the humans, before they are live to serve customers. When the case in question is complicated for the chatbot’s comprehension, the conversation is transferred to a human executive while the machine learning algorithm of the chatbot learns from how the employee handles that particular situation. We, therefore have a scenario, where there is perfect synergy between humans and machines in a digital workspace.

Let us take look at a leading European consumer goods provider. The organization has incorporated a human-AI model with machine learning and natural language processing capabilities to its hiring and recruitment process. The first round involves an online game that helps recruiters assess the traits and skills of the applicants. There are no right or wrong answers, but the answers help the AI algorithm to decide whether the respondent has the required skills for the position in question or not.

The shortlisted candidates are notified for the second round, which requires individuals to send in a video of them answering given questions. The AI model analyzes their answers, body language and tone to select the best candidates. Then, the human HR officials call the selected candidates for a face-to-face interview. Even though the company has automated the hiring process, it has not done away with the human HR team. The final decisions are still handled by the humans, but they are spared of the rigorous and mundane process of sifting through hundreds of applications.

Jobs of the future

By the next decade, occupational roles like those of accounting, bookkeeping, and payroll clerks, and telemarketers will become redundant while new job positions like data analysts, data scientists, digital transformation strategists, and people and culture specialists will have more demand. Historically, we have seen technology disruptions obliterating existing jobs and creating new jobs. That will also be the scene in 2030 when further digital transformation will pave the way for newer job roles. Instinctive and cognitive roles including those of trainers, HR specialists, and managers are some instances that will continue to be stable in the future of jobs. 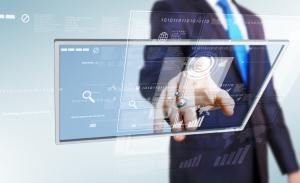 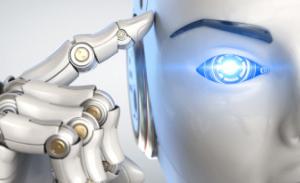 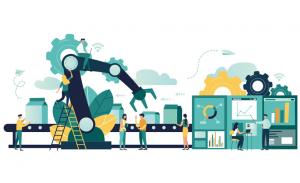 The Growing Case of Automation