Internet of Things with an Eye 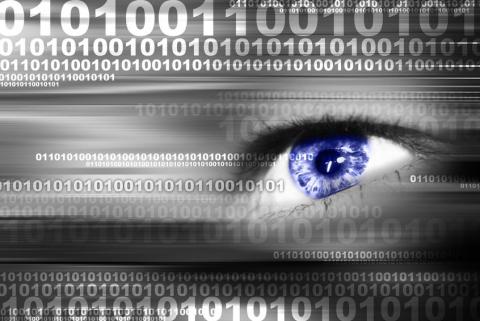 IoT offers advanced connectivity of devices, systems, and services. It covers a variety of protocols, domains, and applications. The ‘Things’, in the IoT, can refer to a wide range of devices such as automobiles with built-in sensors, health monitoring devices, biochip transponders on farm animals, or field operation devices that assist field workers in their job. Data is generated at the source end of the internet of things communication which is a computer or other machine, in conjunction with various sensor technologies. On the other side of the link is the IoT data distribution list which receives and interprets the information.

One significant and interesting example of a sensor technology is the image sensor, i.e. camera, which in combination with a processor, is increasingly used in diverse applications. With the introduction of vision technology in IoT, a wide range of products, both new and enhanced, are becoming more intelligent and responsive than before, making them more valuable to users.

Vision is one of the richest sensor modalities. When vision technology is coupled with IoT, the possibilities are endless in IoT in terms of surveillance, wearable applications, home automation etc.

A common thought - How does the machine-to-machine IoT comes into picture in an automated surveillance system? A typical computer vision system is able to issue alerts by itself. In such a system, the percentage of "false positive" delivered are too high to be directly consumed. Human intervention is typically needed to screen the automated warnings and decide whether or not the captured image is that of an intruder or an animal.

Let’s take a look at some use cases which can benefit with the introduction of EoT.

Proactive maintenance enables the product and system to achieve and sustain near-zero breakdown performance. With the onset of IoT, traditional maintenance practices from "fail and fix" is transformed to "predict and prevent" methodology.  Cameras are placed inside large equipment to survey internal mechanical parts, and sound automatic alerts if drift is observed or fault occurs. Using a camera, machine conditions are constantly monitored and their signatures evaluated.

A swimming pool equipped with computer vision system can send alerts to lifeguards and fellow pool occupants about a swimmer who’s in danger of drowning. The alerts can be in the form of audio or visual alarms. There are very less chances that those struggling in the water are able to shout, splash, or alert others to their plight. Commonly, victims slip under the water's surface with little or no noticeable struggle. In this case, as the victim sink to the bottom of the pool, video cameras in combination with computer vision algorithms can detect their presence and take an appropriate action.

Computer vision system capability can also be applied to agriculture and farming. Farmers can make use of such a system to detect the presence of cattle or sick poultry and automatically send alert. The system uses various monitoring factors like movement and body position, along with other factors such as size, and tells the farmer when his herd is ready for slaughter.

Vision technology is expanding the capabilities of IoT devices by adding valuable features and creating brand new classes of products. There arises a need to build a core vision platform combining the IoT connectivity, IoT platform and a camera that can be embedded into any type of artefact. The purpose is to have an open system with hardware and a set of APIs to infer information. The system will include extensive processing of information and offers more than what current vision systems can do.

As IoT devices become increasingly connected and networked to each other, the data provided by their image sensors and analyzed by their vision processors will be used in various meaningful ways. These in turn, provide a significant new market for hardware, software and semiconductor suppliers. Further computer vision system will increasingly expand to include a variety of IoT opportunities. 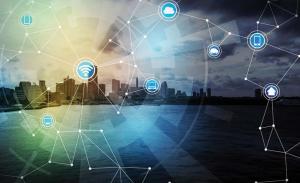