What Is Quantum Computing, And How Can It Unlock Value For Businesses? | HCLTech Skip to main content

What Is Quantum Computing, And How Can It Unlock Value For Businesses?

What Is Quantum Computing, And How Can It Unlock Value For Businesses?
April 17, 2020

We are at an inflection point

Ever since Professor Alan Turing proposed the principle of the modern computer in 1936, computing has come a long way. While advancements to date have been promising, the future is even brighter, all thanks to quantum computing, which performs calculations based on the behavior of particles at the sub-atomic level

#QuantumComputing can open up an exciting world of opportunities. Kalyan Kumar, CVP & CTO HCLTech delves into why #enterprises need to keep an eye on the now-nascent quantum computing horizon before it goes mainstream.

Quantum computing holds immense promise in defining a positive, inclusive and human centric future, which is what the WEF Future Council on Quantum Computing envisages. The most anticipated uses of quantum computing are driven by its potential to simulate quantum structures and behaviours across chemicals and materials. This promise is being seen guardedly by current scientists who claim quantum computing is still far from making a meaningful impact.

This said, quantum computing is expected to open amazing and much-needed possibilities in medical research. Drug development time, which usually takes more than 10 to 12 years with billions of dollars of investment, is expected to reduce considerably, alongside the potential to explore unique chemical compositions that may just be beyond the limits of current classical computing. Quantum computing can also help with more accurate weather forecasting, and provide accurate information that can help save tremendous amounts of agriculture production from damage.

Quantum computing promises a better and improved future, and while humans are poised to benefit greatly from this revolution, businesses too can expect unapparelled value.

What can Businesses Expect?

When it comes to quantum computing, it can be said that much of the world is at the “they don’t know what they don’t know” stage. Proof points are appearing, and it is seemingly becoming clear that quantum computing solves problems that cannot be addressed by today’s computers. Within transportation, for example, quantum computing is being used to develop battery and self-driving technologies, while Volkswagen has also been using quantum computing to match patterns and predict traffic conditions in advance, ensuring a smoother movement of traffic. In supply chains, logistics and trading are receiving a significant boost from the greater computing power and high-resolution modeling quantum computing provides, adding a huge amount of intelligence using new approaches to machine learning.

The possibilities for businesses are immense and go way beyond these examples mentioned above, in domains such as healthcare, financial services and IT. Yet a new approach is required. The companies that succeed in quantum computing will be those that create value chains to exploit the new insights, and form a management system to match the high-resolution view of the business that will emerge.

The Current State of Play

While there are some initial stage quantum devices already available, these are still far from what the world has been envisaging. Top multinational technology companies have been investing considerably in this field, but they still have some way to go. There has recently been talk of prototype quantum computers performing computations that would have previously taken 10,000 years in just 200 seconds. Though of course impressive, this is just one of the many steps needed to achieve the highest success in quantum computing.

It is vital to understand how and when we are going to adopt quantum computing, so we know the right time to act. The aforementioned prototype should be a wakeup call to early adopters who are seeking to find ways to create a durable competitive advantage. We even recently saw a business announcing its plans to make a prototype quantum computer available on its cloud, something we will all be able to buy or access some time from now. If organisations truly understand the value and applications of quantum computing, they will be able to create new products and services that nobody else has. However, productising and embedding quantum computing into products may take a little more time.

The Hybrid Model of the Future

One important question arises from all this: are we witnessing the beginning of the end for classical computing? When looking at the facts, it seems not. With the advent of complete and practical quantum computers, we’re seeing a hybrid computing model emerging where digital binary computers will co-process and co-exist with quantum Qbit computers. The processing and resource sharing needs are expected to be optimised using real time analysis, where quantum takes over exponential computational tasks. To say the least, quantum computing is not about replacing digital computing power, but about coexistence enabling composed computing that handles different tasks at the same time – similar to humans having left and right brains for analytical and artistic dominance.

If one thing’s for sure, it’s that we are at an inflection point, witnessing what could arguably be one of the most disruptive changes in human existence. Having a systematic and planned approach to adoption of quantum computing  will not only take some of its mystery away, but reveal its true strategic value, helping us to know when and how to become part of this once in a lifetime revolution.

Get HCL Technologies Insights and Updates delivered to your inbox

Rising Energy Inflation and the Need for Telcos to Go Green

Unraveling the key to a hassle-free cloud migration journey 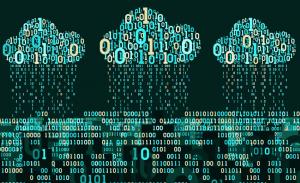 A Fresh Approach to Narrowing the Skills Gap

Architecting for the Liquid Workforce