Sub Title (use Only for Leader Speak Category)

Everyone is talking about cryptocurrencies these days and the sudden appreciation in the value of Bitcoin has given a hope to the common man that he might become a millionaire one day.

Everyone is talking about cryptocurrencies these days, and the sudden appreciation in the value of Bitcoin has given a hope to the common man that he may become a millionaire one day.

Very few people know that the concept of cryptocurrencies is a decade old. Frankly, no one gave any importance to the founder of Bitcoin, Satoshi Nakamoto, when he first introduced the concept of decentralized currency using blockchain technology.

Now, whether you call it a coincidence or not, but the sudden rise of Bitcoin trading and its appreciation has gained attention of the financial world on blockchain. But is blockchain only limited to the financial use case or can an enterprise take advantage of the same?

Let’s look at it, but before that we need to understand the fundamentals of blockchain technology.

There are challenges to this model: Currencies are limited to geographical boundaries, the transactions involve delays, the validation is done by the third party, and they have full control to modify or change the transaction to their advantage. Or, let’s assume if someone hacks or alters the databases of these large financial institutions, they can cause the whole system to crash.

This is blockchain, a shared distributed ledger/database that enables process of recording transactions and tracking assets. An asset can be cash, house, land, or it can be patents, copyrights, etc. Once data is stored in the database, it can never be modified or deleted. Every record on blockchain is permanent.

Blockchain is new, but it is here to stay and grow bigger by each passing year. It is the technology which will build trust among various strangers; be it your employees, partners, or the supply chain. Blockchain has potential to streamline a lot of things within organizations and will soon come in mainstream adoption. 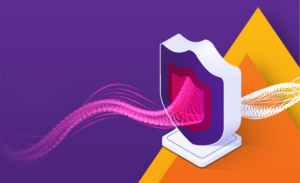 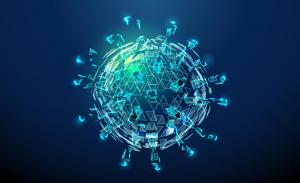 Blockchain - A Panacea for Healthcare Systems