Moore’s Law is coming to an end and so is the future of traditional computers. Moore predicted in 1965 that the number of transistors on a chip would double every one to two years. His forecast held true for decades and helped power many of the advances that we’ve seen in computing, as computers have gotten smaller, more capable and ever more powerful. But Moore’s Law has started to break down in recent years as the size of the transistors has shrunk down to near the atomic scale.

Traditional computers are based on microprocessors which are made out of transistors. A Transistor is a simple switch which has an on and off button indicating 1 & 0. Think of transistors as a door in middle of a hallway. It can be either open (allowing the electron to pass) or be closed (restricting the flow of electron). Now as this door keeps on getting smaller it will reach a point where the electron will teleport from one side of the door to the other by the phenomenon known as Quantum tunneling. It is predicted that the silicon transistors can keep shrinking for the next five years only. It means that we may not be able to have faster laptop, mobile or server launching every next year post this 5 yeas period which brings us to the  bitter realisation- one would be left with no other option except buying more hardware with the same capacity/performance as purchased last year just to fulfil the need of increasing amount of data and transactions.

Talking about the enormous data base that we have in our organizations, we currently have latest technologies like Cognitive solutions, Watson and AI which can identify patterns buried under vast amount of data and give desired output, we also have the best currently known algorithms, like integer factorization using Shor's algorithm or the simulation of quantum many-body systems which can find the desired solution out of Terabytes of data.

But what about cases in which the amount of data is too huge to be processed by classic computer or if there is no data at all. This is where Quantum computers come into picture. Quantum computers can offer solution to these and lot of other scenarios that we face today due to limitations of current computing capabilities.

Quantum computers use concepts of Quantum physics to do basic calculation which was till now done by gates in classic computers. Unlike Classic Computer’s Bits, Quantum computers use Qubits whose value can be 1,0 or anything between them. The qubits are tiny particles suspended in temperatures just above absolute zero, and as more qubits are added, the available processing power goes up exponentially. Using the quantum principles of superposition, entanglement and probability exponential processing speed has been achieved. These systems will open new possibilities in the fields like security, data analysis, pharmaceutical industry weather forecasts, chemical analysis etc.

IBM currently has five quantum bit (qubit) cloud-based quantum computer that is available for testing. Anyone can register and run algorithms and experiments. Since its launch less than a year ago, about 40,000 users have run over 275,000 experiments on the IBM Quantum Experience.

On 6th March 2017 IBM released a new API for the IBM Quantum Experience that enables developers and programmers to begin building interfaces between its existing five quantum bit (qubit) cloud-based quantum computer and classical computers, without needing a deep background in quantum physics. The IBM Quantum Experience enables anyone to connect to IBM’s quantum processor via the IBM Cloud, to run algorithms and experiments, work with the individual quantum bits, and explore tutorials and simulations around what might be possible with quantum computing.

In the first half of 2017, IBM plans to release a full SDK (Software Development Kit) on the IBM Quantum Experience for users to build simple quantum applications and software programs. And in the next few years IBM aims at constructing commercial IBM Q systems with ~50 qubits to demonstrate capabilities beyond today’s classical systems.

Classical computers are extraordinarily powerful and will continue to advance and support everything we do in business and society. But there are many problems that will never be penetrated by a classical computer. To create knowledge from much greater depths of complexity, we need a quantum computer.

The Inevitable Rise of Industry NeXT 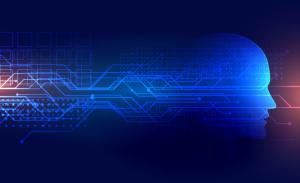