UI developers are already using patterns in day to day scripts either knowingly or unknowingly. So how effectively can it be used, when we know more about patterns? I am about to take you through the module pattern and its usages, so that we can use it effectively in our scripts.

Let us take an example of a pattern we often use. Consider a scenario where we need to select all elements in the page with class ‘selected’. There are number of ways to do it using native feature like getElementsByClassName(), querySelectorAll(). Next, we need to figure out which of the solutions/JavaScript patterns address our problem exactly, whereas, if we are using jQuery it simply opts the most optimal approach to selecting the elements using the façade pattern. Although native features can solve the above problem, the effort involved by jQuery’s facade pattern can offer real value.

Module pattern helps to use object in a beneficial way and to keep a piece of code independent.

Module design pattern is very useful for many reasons. Its main reason is for using object in a beneficial way and keeping a piece of code independent of the other code or simply put, scoping.

The above code defines a function counter and calls it immediately (Immediately-Invoked-Function-Expressions), which creates a new scope and wraps all logic inside them. Then we can expose only parts of code required to global scope, leaving the remaining parts of the code private.

The purpose is to maintain encapsulation and reveal certain variables, methods, arrays and objects returned in an object literal. The direct implementation looks like:

Now that is private, we can call it inside a public method to access them.

When we work on a very large project it is always better to separate the code into multiple files OR Modules. We can extend the module we created to another module and add method, variable, object etc to the original module.

Let’s consider our module example above, object for it would look like this

As we can have a number of private functions within the module, code maintainability becomes easy. We can add, replace, or delete any code accordingly.

As pointed out earlier, we should always look to start by identifying the solution/JavaScript patterns that addresses our challenge. A good understanding about JavaScript patterns, which helps us to choose the correct pattern for our problem, will be a great help in this direction.

Can you afford to wait on SAP modernization? 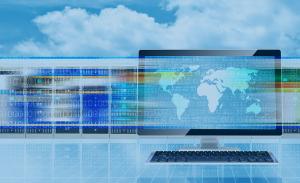